thanks to everyone who pledged support for the new record, ‘in shapes’ has been released!

the early release goes to people who pledged support on pledgemusic. many thanks for helping the project reach 100%! the iTunes release will follow in roughly two weeks.

for now, i’ve just finished up the liner notes and am working on getting all the items ready to mail… here’s a little sneak peek of the lyric pages for the record. 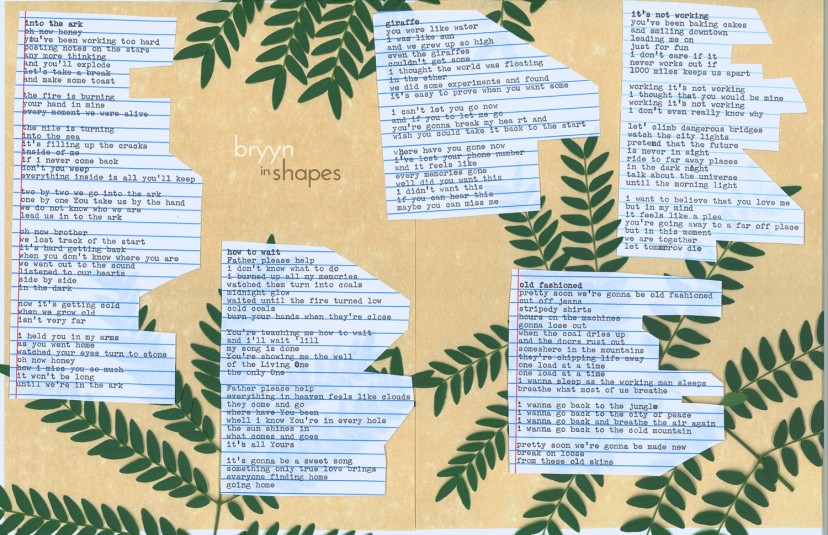 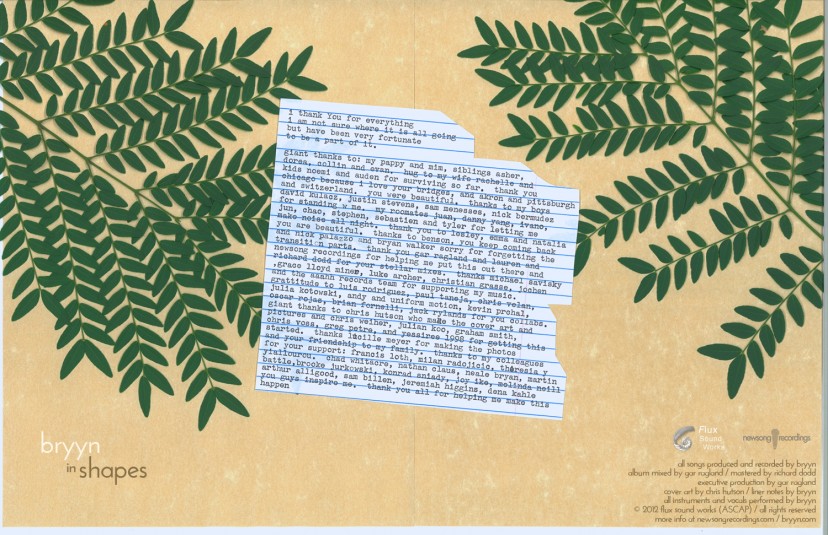 In shapes record is fully funded!

Bird artwork for in shapes drawn by Chris Hutson