[old fashioned] was inspired by a trip to colombia that i took in 2006 with a friend, a great artist and seeker.

at one point we were out walking by laguna de tota near a town called iza way high up on a cold mountain. on the way back from the mountain i saw some coal miners and said hello. we hunched over walking into the mine for about five or ten minutes, the flame headlamp slowly dimming with less oxygen. after reaching a cavern, i helped fill a wheelbarrow with coal. i asked if i could push the wheelbarrow out and started up the mine shaft nearly dumping the coal many times. by the time we were out, i was sweating, black all over, and gasping for breath.

one of the miners told me there was about 200 kilograms of coal in one wheelbarrow and that the mine owner received about $100 per wheel barrow in the end. i tried to politely ask the miner how much he was paid, but i don’t remember exactly what he told me (i think $100/month). but i remember calculating in my mind that the owner took about 900 times what he paid the miner.

there are a lot of terrible crazy things in the world. it might be nice to go back to something simpler. 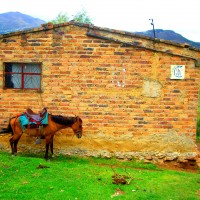 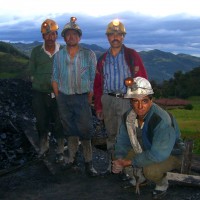 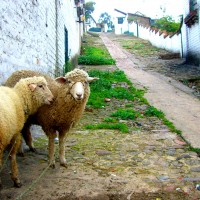 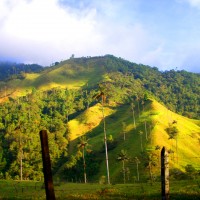